Clause 11.4 of the Landlord Law tenancy agreement and tenants notices to quit There is a clause in the Landlord Law tenancy agreement (in most of our templates this is clause 11.4) which is continually being misunderstood by landlords and which I have discussed several times in the forum.  So I am doing a general post here to explain it.

Although I have already discussed this clause in the Landlord Law Blog here back in April 2010.

At that time the clause was worded:

Landlords complained that seven days was far too short a period and that tenants should be made to give two months notice or have to pay rent in lieu.

The trouble is though that a fixed term tenancy will always end at the end of the fixed term under a rule known as ‘effluxion of time’.  It is only if the tenant is still in the property after the fixed term ends that the periodic tenancy comes into being.

If the tenant has vacated by the time the fixed term has ended then the tenancy will end.

This was made very clear in the Superstrike case in 2013 – although this was about deposits, the whole basis of the decision was that tenancies end at the end of the fixed term and that periodic tenancies are new tenancies that start after the fixed term has ended.

I did a post about this on the Landlord Law Blog here at the time.

The legal basis of the Landlord Law clause

There are a number of things that landlords need to do when tenancies end, such as checkout meetings, booking inventory clerks and so on.  My clause is intended to make it easier for landlords to claim compensation if they incur extra costs as a result of the tenant failing to keep them informed

I have now amended the clause and it now reads:

During the last two months of the fixed term (and not later than 28 days before the end of the fixed term), you must tell us whether you intend to stay in the Property or leave at the end of the fixed term. This is to allow us time to make all necessary arrangements for receiving the Property back such as arranging for a check out meeting and finding a replacement tenant. You will be responsible for refunding to us any additional expenses which we may incur as a result of your breach of this clause. This clause does not affect your legal rights.

I still get questions in the forum though from landlords who want the notice period to be longer and who want to be entitled to charge ‘rent in lieu’ if the tenant fails to give the required notice.

However, any clause which requires tenants to pay rent in lieu of notice will almost certainly be void and would also be unfair under the unfair contract terms rules which are now part of the Consumer Rights Act 2015.

As it would be purporting to remove the right of a tenant to be able to rely on the ending of the fixed term as set out in the tenancy agreement and would go against the long-established legal rule of tenancies ending by effluxion of time.

What about contractual periodic tenancies?

In the most recent forum post it was also suggested that the rules might be different where the tenancy agreement provided for a contractual periodic tenancy after the fixed term ends.

However, that is a misunderstanding of what a contractual periodic tenancy is.

A periodic tenancy can either be imposed by statute or by contract.  But in both cases, it is about something that happens if the tenant has not vacated by the end of the fixed term.

A tenancy is either a fixed term one or a periodic one.  You can’t have some sort of hybrid tenancy where the date the fixed tends varies depending on whether the tenant gives notice or not.

The type of tenancy where the ending date depends on the tenant (or the landlord) giving notice is a periodic tenancy!

The fact that your periodic tenancy is created under the terms of your tenancy does not mean that you can therefore reach back and change the rules about effluxion of time and the date that your fixed term ends.

What about common law tenancies?

With an AST, a periodic tenancy will (unless the tenancy agreement provides for a contractual periodic) come into being because section 5 of the Housing Act 1988 says so.

So what about unregulated common law tenancies where the Housing Act 1988 does not apply?  These will mostly be company lets or lets of self-contained accommodation where the landlord lives in the same building.

What is the situation here if the tenant remains in occupation at the end of the fixed term?  The tenancy will have ended.

The answer is that it depends on what happens.

If the tenants pay rent which is accepted by the landlord then a new periodic tenancy will be created – as section 54(2) of the Law of Property Act says you do not need to have a written agreement if the term is less than three years.

So if the landlord does not want this to happen he must either refuse to accept the rent or make it clear that it is accepted on the basis that it is ‘mense profits’ and without any intention to create a new tenancy.

Hopefully, that will resolve questions about the clause.  If members have any thoughts or comments, please put them in the forum. 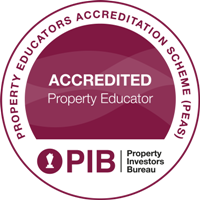